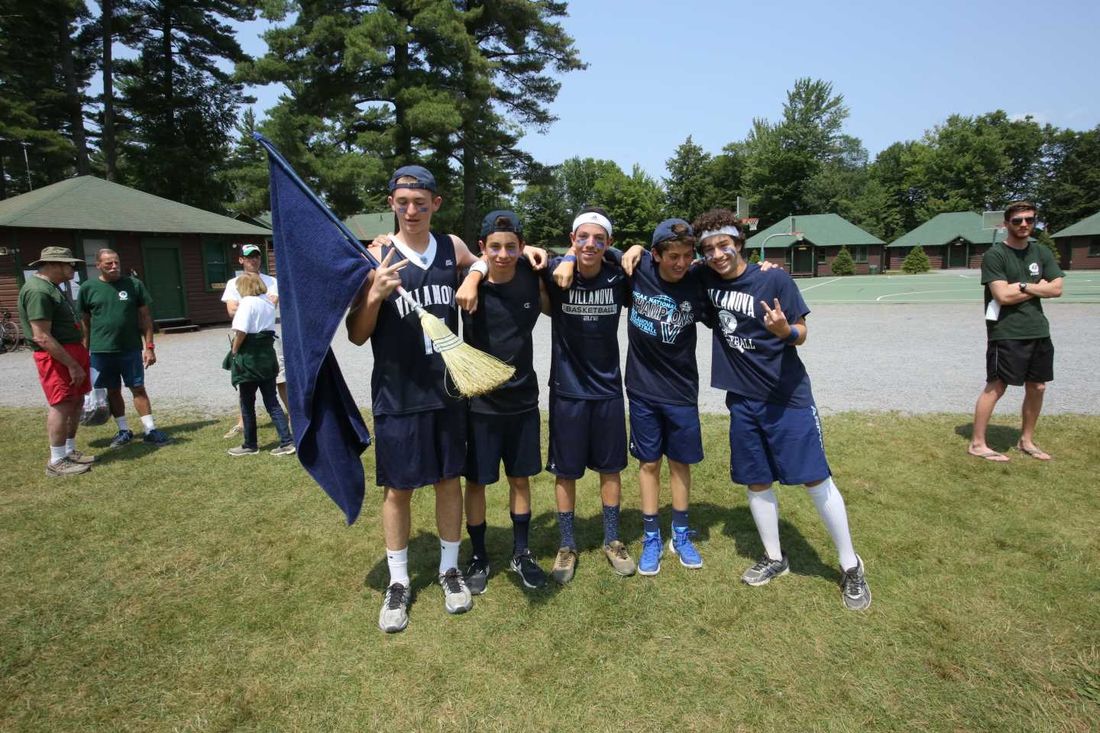 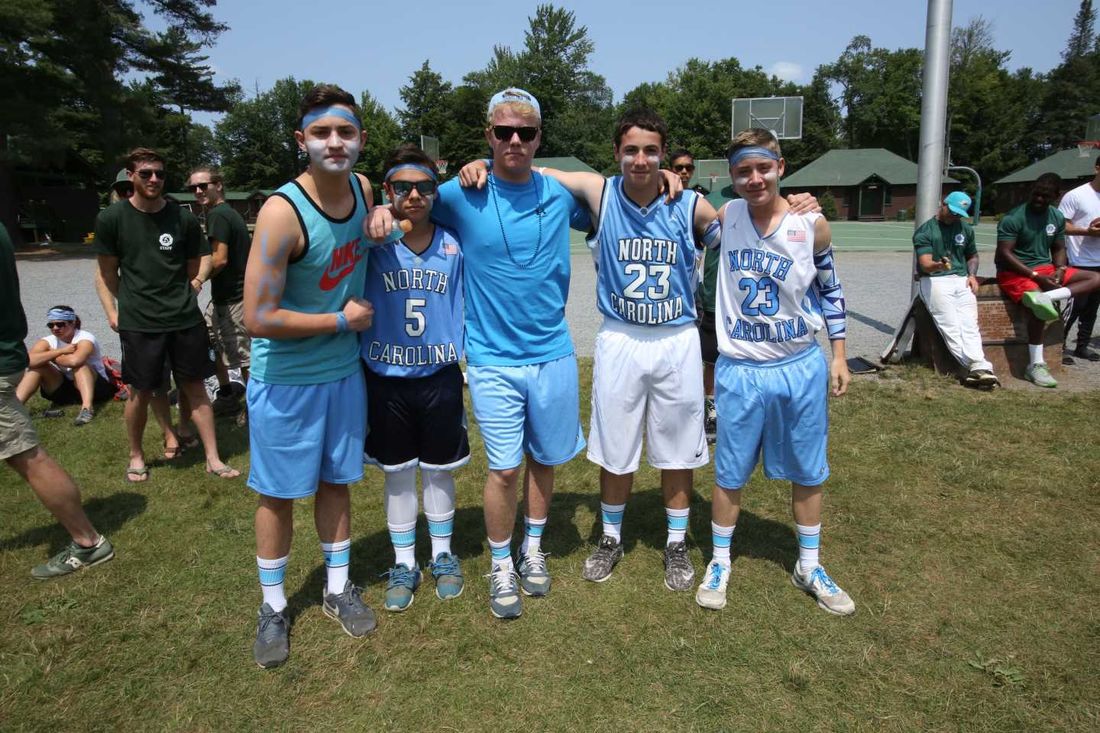 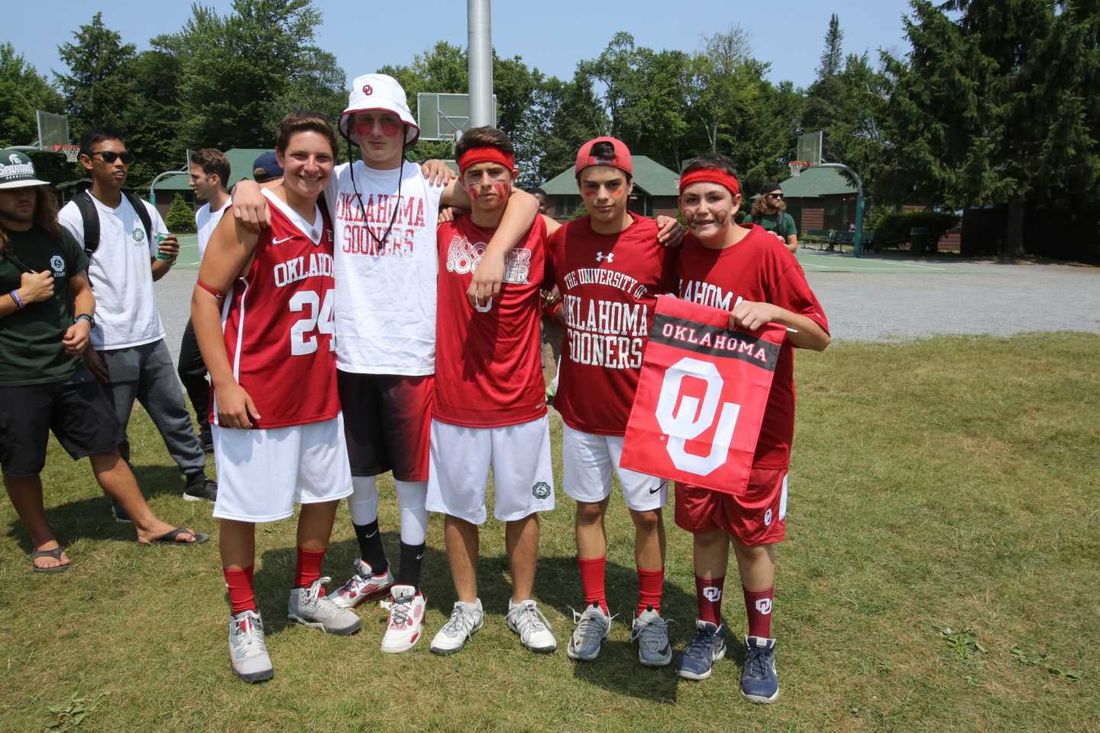 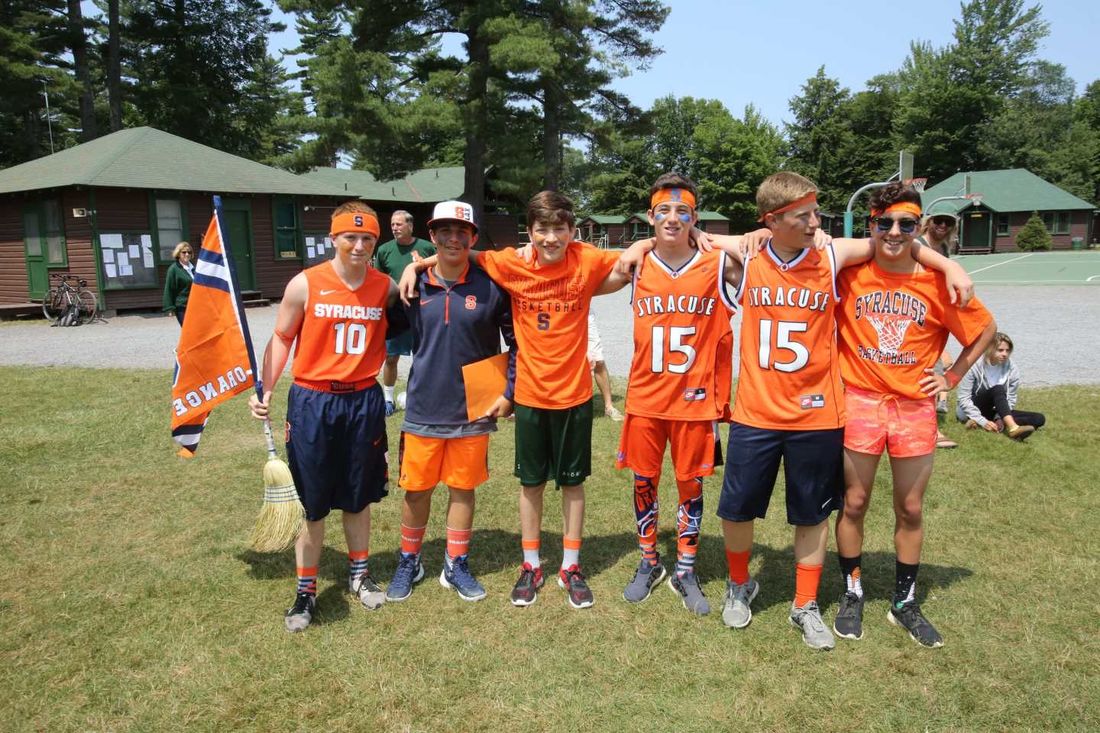 Final Four has begun and the boys have proudly joined their teams for the start of the events. The teams are, University of North Carolina Tar Heels, Oklahoma University Sooners, Syracuse University Orangemen, and Villanova University Wildcats. It was a long afternoon of tough competition. All teams tried their hardest and showed great sportsmanship! At the end of the day the scores were announced at dinner. Villanova was in the lead with 220 points! The boys spent the evening practicing for the final four sing.

Here is an update from our freshman group leader:

The Freshman had an amazing visiting day showing all of you what have they have been doing all summer!! It was so great watching your children’s excitement when they first saw you. The ropes course and the waterfront was a big hit! Thank you for making it a great day.
During the week, the boys tried their hardest at all the team sports from newcomb, gaga, lacrosse, and flag football. Speaking of, each one of them wanted to score a touchdown so they could perform their touchdown celebration. On the other side of the ball, they were trying to pull the flag from their opponents. The “dabbing” never stopped (we have to thank Cam Newton for that!). Lacrosse is also a new sport for some of the campers while others are perfecting what they have learned from home. Mike at team sports is working with all of them to help them understand the rules of the game. Final four is starting and the freshman are going to LOVE it!- Stephanie