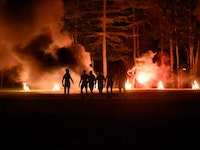 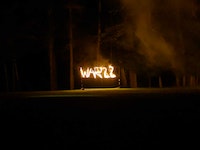 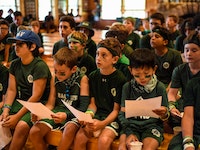 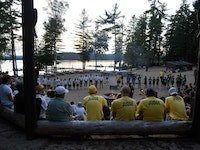 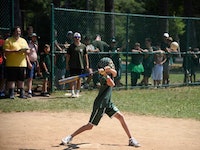 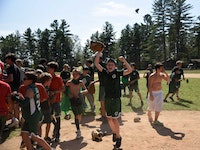 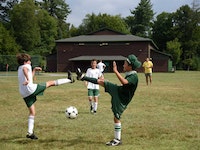 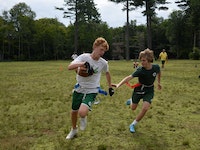 Some strange things were happening here on Raquette Lake Boys Camp. At nighttime we started to have some UFO sightings, and bizarre static noise feedback taking over our PA systems. We even found crop circles in the back fields. The anticipation was building for multiple days, leading up to the break. On Tuesday night at around 9:30pm, we had an alien invasion. The spotlights were glaring and UFOs were circling. There were air raid sirens, fires, smoke, and the aliens (color war generals) came walking from the flames. War 22 was glowing in the night. The energy and excitement around camp was electric, and getting everyone back to sleep wasn’t easy, as you might imagine.

Day 1 started with the boys in song and cheer practice. The afternoon was highlighted by the annual One-Inning Softball Game, which Green won, 3 - 1.

The official opening campfire happened after dinner. Various stories were shared, as is traditionally done in this campfire. Eddie Lapidus shared some opening remarks, highlighting his own memories of participating in Color War growing up. He emphasized the fact that he remembers the camaraderie and the competition, but not the scores. The main fire was lit, team “hatchets” were exchanged, and the separate Green and White fires were lit, symbolizing the separation of the camp for the week.The captains for each team were announced. Each Counselor General and Senior Captain spoke, sharing stories with themes of: Sportsmanship, Friendship, Cherishing the Memories, and Trying Your Best. Group Leader Robbie Birnbaum shared the proverb, “For Want of a Nail.” to highlight the importance of every single person and every single play.

The morning of day 2 was spent out on the fields for the boys participating in activities like gaga, baseball, flag football, hoops, soccer, and more. The main event of Day 2 was the ever-popular Rope Burn after dinner. For the event the teams were comprised of 25 members from each team, 5 from each age group and 5 counselors per team. They work together to collect firewood from the forest, and then build a large fire in order to burn a rope that sits 10 feet off the ground. Both teams constructed tall, hot fires, which made for a thrilling finish. The White Team fire burned through the rope first, taking the victory and the 50 points.

Day 3 the boys still continued to show their spirit with the green and white face paint! They took part in tennis, a swim meet, a sail regatta and more. Perfect for the rather warm weather. The evening event on Day 3 was our annual Apache Relay. This hour-long relay race involves every camper and it covers the entirety of the camp. Various tasks and challenges are completed along the way, making this one of the most memorable events of the week. The Green Team took the win, completing the Apache in 1:05:15, two minutes ahead of the White Team.

Saturday, Day 4 was a full day of activities, such as boating, flag football, baseball, archery, ultimate frisbee, soccer, along with two important Song & Cheer practices for both teams.

Sunday’s activities were highlighted by the 50 point Senior War Canoe event. The race was neck-and-neck through the first half of the race, but Green pulled away for the victory. The entire camp was present at the waterfront to watch the race finish. They cheered and showed amazing sportsmanship!

Monday’s main events, Song & Cheer Competition & Senior Basketball in the Arena were delayed however the day was full of points, as each age group had multiple activities like kickball, newcomb,tennis, softball and more. Of course when our boys aren’t in a competition they are cheering on their teams with all that they’ve got!

The scores at the end of the day were: White Team - 2128; Green Team - 1959. Getting closer and closer and with the last day being a big day it was still anyone’s game!!

Tuesday…. The Final day of competition. The final day of color war 2022 began with our rescheduled Song & Cheer Contest.

What is so special about the sing is the songs that were written by the boys will be added to our binder of songs that goes back all the way to 1947!

Straight from the arena the boys hit the beach for Tug-O-War for each age group, Junior War Canoe, and the closing event, The Track Meet. The Green Team gained momentum throughout the day but the white team won the Junior War Canoe event, and the track meet.

In the end with a 70 point difference the Mighty White Team were the winnters of COLOR WAR 2022!

Final Scores: White - 2560; Green - 2490. We are so proud of the boys for showing amazing sportsmanship and team spirit this past week! The final event was the closing campfire. The captains and generals spoke about how proud they were of their team, as we reunited the camp from two teams to one. The green and white hatchets came back together and were thrown into the campfire. 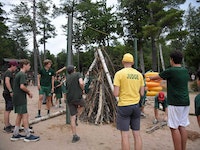 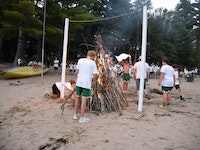 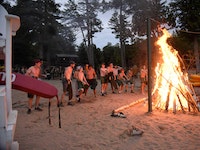 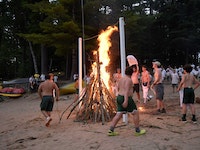 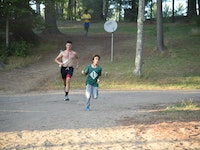 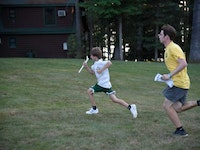 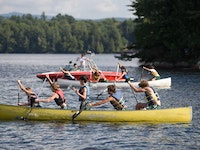 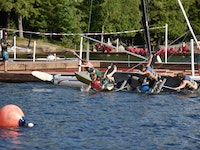 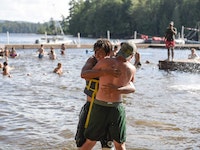 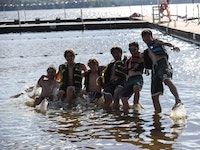 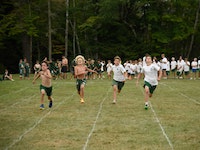 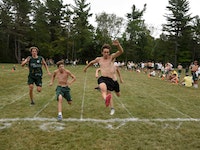 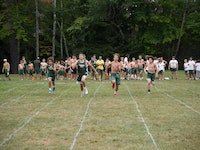 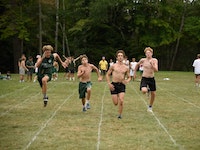 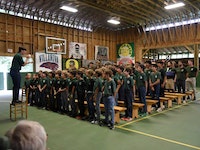 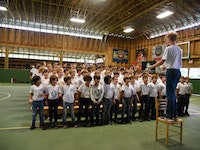 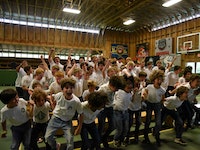 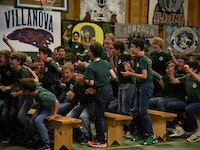 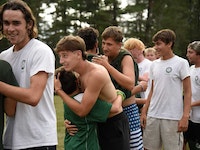 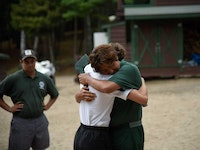