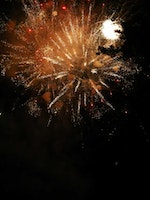 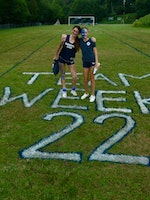 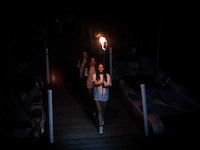 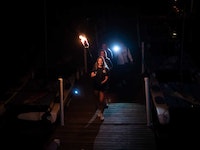 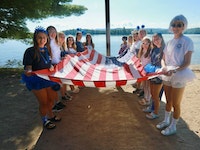 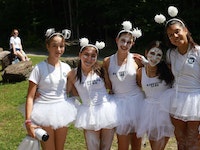 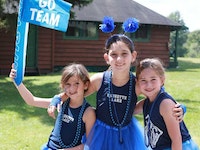 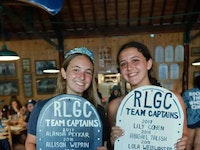 Safety first! Sunday night we had a fire drill down at the flagpole around 9:15pm. The girls came down when all of the sudden fire trucks and ambulances came through camp. Sirens were on full blast! As they passed the girls wondered can this be it? Can this be Team Week 2022? Sure enough an unbelievable firework show lit up over the lake, glistening with the stars.

The girls did not miss a blue or white detail as they dressed up in their team colors with the perfect accessories! Monday morning the girls hit the field for all different activities ranging from Basketball, Kickball, Kayak, Obstacle courses, Soccer, Softball and Volleyball.The girls showed GREAT sportsmanship in every activity they took part in. Blue team came out strong out of the gate. Winning many of the bunk events. By the end of the first day the blue team took the lead 200 to 135 blue.

Hey white team YEAH! Hey blue team YEAH! Day 3 was another amazing day of team week! Blue still had the lead with 905 and white with 656.

You know what they say…. It’s always anyone’s game…

Day 4 the tide had turned and white had a huge field day and also won the all cap relay!

Blue won the traditional SUPY water polo and the overall total stood at blue 1,381 and white taking the lead at 1,413!

Day 5 the girls took the lower field with the dashes, all star relay and the upper and lower camp swim meet as well as other bunk events. White team earned the win in the overall dash scores. They also won the all star relay by .3 seconds. It could be the closest all star relay race ever in Raquette Lake Girls Camp history. The day 5 overall total was blue 1,878 and white in the lead with 1,967. Very close with an 89 point spread!

The sky was blue the clouds were white! The sun was shining for day 6. SUPY war canoe was won by the white team and bucket brigade by the blue!

In the afternoon was the much anticipated dance competition! For the all camp dance the youngest campers presented the judges with some candy and a cute story before the teams took the fields. We are so impressed with how talented our girls are. They were judged on their choreography, difficulty, costume, unison, and energy levels. The all camp dance was won by the blue team! The rep dance was won by the white team!

Day 7, the final day of competition, with the apache relay. The girls ran all around the camp passing the baton. It was close but in the end the blue team took the win.

The blue team was in the lead with 11 points walking into the sing.

In the end the white team were the winners of the 2022 team week sing!

In the end the white team was victorious!!!!!

We are so proud of our girls for showing such amazing sportsmanship, support, and respect for one another during team week! Blue and White back together again! 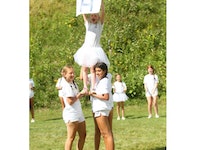 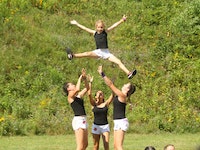 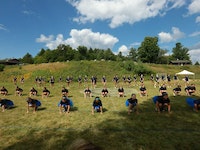 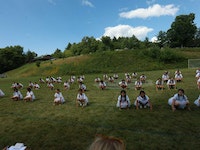 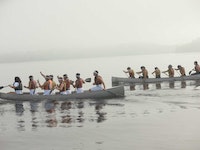 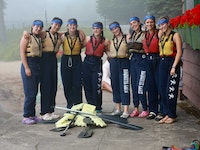 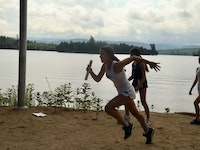 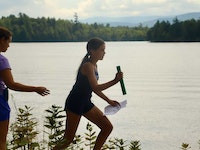 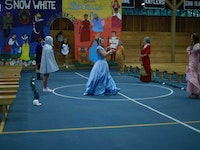 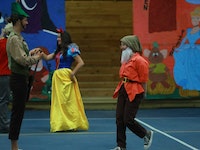 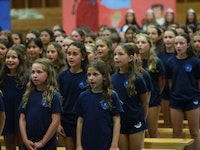 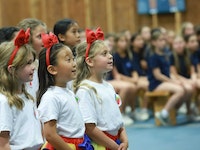